Sometimes crypto threats fail to reach their extortion goal as early as at the stage of computer contamination, in which case the attack isn’t worth the criminals’ while. The Trojan dubbed Petya happens to be an example – its technical gist relies on gaining administrator privileges on a targeted machine. Since this kind of access can only be obtained through a UAC prompt manually approved by the user, a lot of the incidents end in a trivial way where the person clicks No on the dialog. The affiliated Mischa ransomware lends its fellow-infection a helping hand there.

Both of the above-mentioned crypto viruses are part of one RaaS (Ransomware as a Service) scheme. The Petya baddie has a much more destructive effect, encrypting the Master Boot Record and thus rendering the infected Windows PC inoperable until the user coughs up some digital cash. Its success, however, depends on whether or not the victim authorizes it to gain admin privileges. With social engineering involved in the mix, the likelihood of unfavorable scenario is fairly high. But what if the targeted person turns out prudent enough and rejects the access request? In this case, Petya discontinues the attack. That’s how it used to be until the Mischa ransomware emerged. It is the Plan B crafted by the authors of this fraudulent campaign.

Because Mischa is basically a run-of-the-mill ransomware plague and requires no special privileges to deploy its attack, its success rate overall is higher while the impact is somewhat milder than Petya’s. The pest scans the local and removable drives for widespread types of data, focusing on specific file extensions along the way. Not only is it after Microsoft Office documents, PDFs, images and databases, but it also looks for EXE’s during the scan. By processing all of these entries with the AES encryption standard, the Trojan makes them inaccessible. Since executables are subject to this effect as well, most applications installed on the computer also become corrupted. Having encrypted a file, Mischa appends an extension of four hexadecimal characters to the filename. For example, a spreadsheet named piechart.xlsx will look like piechart.xlsx.3Np5 or similar. 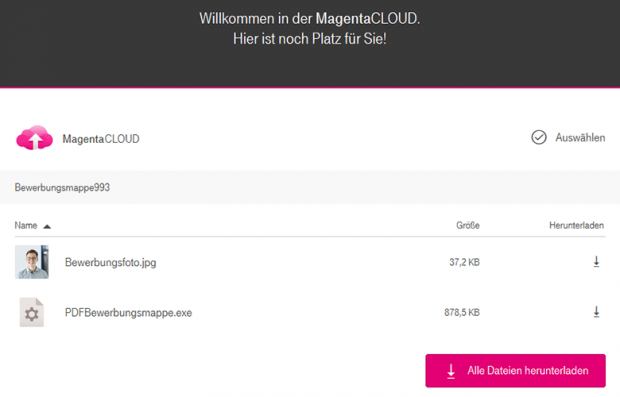 When the cryptographic part of the assault has been completed, the ransomware creates a combo of recovery notes within encrypted folders, also dropping them on the desktop. These are named YOUR_FILES_ARE_ENCRYPTED.txt and YOUR_FILES_ARE_ENCRYPTED.html. The warning in these instructions reads, “You became victim of the Mischa ransomware! The files on your computer have been encrypted with a military grade encryption algorithm. There is no way to restore your data without a special key. You can purchase this key on the darknet page shown in step 2.” The referenced step presupposes that the victim must visit a specific Tor page, enter their personal decryption code on it, and pay 1.93 Bitcoins for the unique key.

Mischa ransomware has been circulating over spam emails with eye-catching CV-related subjects, which tell users to follow an embedded link and end up on a cloud service. The cloud repository will contain a photo of a purported applicant for a job, as well as an executable file disguised as a PDF object. Once opened, the rogue resume will load the infection. The takeaway from this is to be on the lookout for suspicious emails that ask you to download fishy files. If you have been compromised by Mischa and aren’t willing to pay the ransom of $1,000 plus for data decryption, consider resorting to other recovery options that mostly revolve around Shadow Volume Copies of your files.

It’s important to know that the Mischa ransomware creates copies of your files and encrypts them. In the meanwhile, the original files get deleted. There are applications out there that can restore the removed data. You can utilize tools like Stellar Data Recovery for this purpose. The newest version of the ransomware under consideration tends to apply secure deletion with several overwrites, but in any case this method is worth a try.

Verify whether Mischa ransomware has been completely removed