The hackers are coming, can you smell their foul breath?
No longer are they satisfied with tackles on the super highways,
No longer will the bandit stay to the road, no,
They come for us
You can hear them outside
They want in
They want us dead
To suck us dry, leave lifeless,
Profiles filled with nothing
Scattered, scattered upon our infrastructure…
But I say no, I say not today,
I say we must stand up and defend ourselves,
Men, mend the firearms tonight
Today we go to war

The hackers come to regular users right into their computers. There are some basic tips how to keep the bastards off your PC.

In this tutorial, let us focus on antimalware, antiviral software, firewalls, updates, all the simple ways you can protect yourself from being attacked by those evil hackers in the web.

First of all, you need to Know the Enemy.

To fight your enemy, you need to know your enemy. Your enemies are hackers. Hackers try to find new and inventive ways to get around the security devices that are on your computer or on your network. They like to crack security the way your grandfather likes to do crossword puzzles on Sunday morning. They do it for a lot of reasons.

The people you really need to worry about are people who hack your computer for profit. These are people who try to steal your credit card numbers or try to get other information out of your system, which they can sell on the black market.

So hackers are people that try to get around your security on your PC doing it for a lot of reasons, but whatever the reason they do it for, these are all bad for you. And you should be aware that they are out there.

Rule 2: Hacking is so easy that a 5-year-old kid can do it 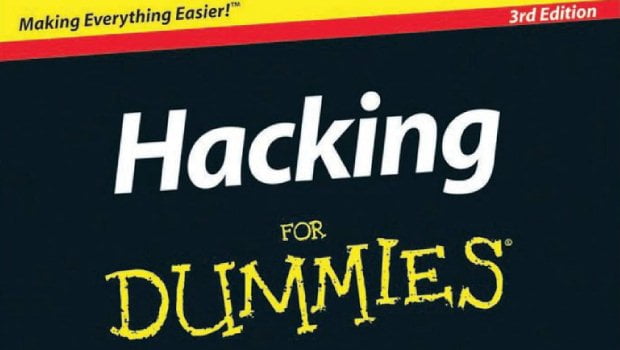 Like all things with computers, hacking is becoming a lot easier over the years. Remember back in the day when you had to use DOS products to write a term paper for school, now you have a nice Windows interface and you can move the cursor of your mouse around and click all things. In the blink of an eye you can do what would take hours and hours and hours to do ten years ago. Well, the same is true with hacking, there are now people here called script kiddies, these are also people you should be aware about. These are not very smart people there, these are people who know how to press a few buttons, click a few things, and steal your information.

Just like Microsoft has made word processing easier by coming up with Word, hackers have their own version of their hacking Word; they have come up with software that is very easy to use to try to steal your data and information, so the other thing you need to remember when you are dealing with hackers and when you are dealing with computer security, is you are not really just dealing with very smart people anymore.

Rule 3: Update ALL of Your Software! Imagine Ford sold you a car and then told you they would ship you the passenger seat in a month. 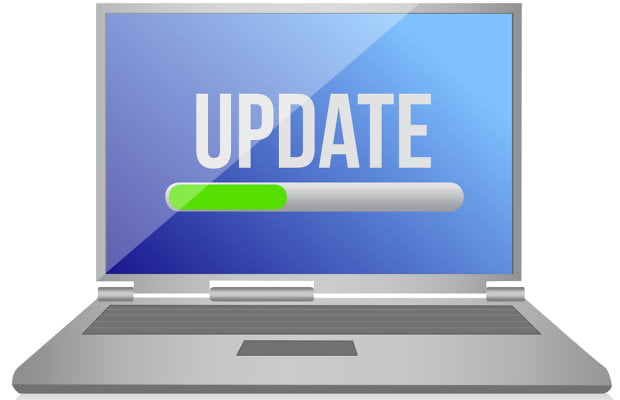 The first thing you need to do to protect yourself and your computer is to ensure that your software is properly updated. What does this mean? This means your operating system has all of its updates, that your Office suite has all of its updates, that your Adobe Flash, Adobe Acrobat pdf Reader, Java, that all the software installed on your PC is fully updated, because what hackers do is they use flaws in codes they find to be able to get into your computer and remotely access it. So Microsoft ships operating system with a problem they don’t realize, so when they find out about the problem, they fix a hole the hackers can use to access your computer, and so they send an update for that, so if you don’t download and install the update, you are still vulnerable.

This was a really big problem with worm that happened about two years ago: Microsoft found out about a problem, Microsoft had it patched out, and everybody could download it for three months before the worm attacked, but none have downloaded the pack and the worm spread all over the world and crushed like a 100 million computers. If people had downloaded the update and installed it, that would be fine, but they did not so they got infected with virus.

It is very important to not just update your operating system and your Office programs, many people forget about things like Flash and Java. A lot of computers have been observed that have been infected with virus that attacked old versions of Java.

Well, what happened is someone would install Java, say, 5 years ago, anything else about it, never updating it, and so these packers are finding vulnerabilities of Java from five years ago, and since none did their updates, their computers still get attacked.

When they started, all of that was based on Mac OS – nobody could hack that; then they put on properly authorized Mac software, and again nobody could hack that; on day 3 they installed normal software on Mac such as Adobe Flash and the hackers were able to take control over the entire OS through flaw in Flash. So, later Adobe came up with the solution for that and updated it, but if your Flash has not been updated, somebody could literally take over your PC, because of that Flash Program.

Hence the first thing that you need to do is ensure that your computer is completely updated, not just the OS, but also the Office suite, and all the other little programs that you probably don’t think about.